EDIT 3: New download mirrors for AtomicGamer, The Patches Scrolls, World of Gothic plus a torrent have been added! Thanks a lot guys!

EDIT 2: The errors in the current version have been fixed and a new download is available. Just use the link below to get the latest, clean and full version.If you already downloaded the erroneous 1.75 version (most likely you did so if your download dates before the current time April 26th, 10:17 am CEST) you may grab the hotfix which updates the corresponding files only. This way you won’t need to reload the full patch again.

Simply extract the files _compiledMaterial.pak and gui.pak to your Gothic 3\Data directory, overwriting existing files. Note: You should not install this hotfix over any other version than 1.75!

EDIT: Murphy’s law strikes again! The CPT has discovered a bug in that version. The download will not work, a new version is planned to be released soon.

After a series of non-official patches for Gothic 3 we finally got another official patch version: CP 1.75. It can be installed on every Gothic 3 version, is available for each language and contains all previous patches.

You have to start a new game after the installation. Old savegames are not compatible.

There were several changes since the last official patch: Beside countless major and minor bug fixes, graphics and performance improvements there an “Alternative Balancing” and alternative A.I. was introduced with CP 1.70.

Compared to the previous patch (1.74) CP 1.75 offers widescreen support for the menues, new graphics options (like color grading or FXAA) and decreasing of stuttering by using a shader cache.

In addition to this the patch includes a ModKit, the Gothic 3 Genome Lite Edition. Using that ModKIt there are possibilities to change or create new game contents in a limited ways. There were also more possibilities added for modders. The new features and the ModKit are explained in the respective modder manual and editor guide.

Changes in that patch will be listed in the changelog and further explained in the readme file.

The Community Patch Team and Nordic Games have released a new version of Gothic 3 Forsaken Gods Enhanced Edition – version 2.01. Below you can find their announcement. You can also download the patch directly from Mad Vulture Games:

Note that you will need to start a new game!

After our work “Forsaken Gods Enhanced Edition” we want to release the last patch for it today. It solves some bugs, include a major bug.
It is an official, from Nordic Games approved patch and was made in cooperation with Nordic Games.
Unfortunately the release of this patch is late this year. We took a break after our work which refreshed us. Now we are glad about closing the case Gothic 3 – Forsaken Gods.
We wish you all – merry christmas.

– Timing issue on multicore processors fixed (can be switched on or off by Timer.ThreadSafe in ge3.ini).
– Fixed error in the “forced subtitles” feature.
– Removed last remains of revolution logic.
+ Improved shadow quality (shader 3.0 only).
+ Screen noise improved.
+ Improved Bloom/HDR.
– Depth of field / soft particle issue in combination with watersurface.
+ FXAA implemented for Shader 3.0, edge smoothing removed.
+ It’s easier to solve the quest “Bring the troops to Gotha” now.
+ Theo has only a cudgel equipped.
– Removed Khadim’s key from Gerrell’s inventory.
+ The hero doesn’t put away his staff or torch anymore when eating fruit, meat, fish, or bread.
– Useless type of “magic ore” removed from the game.
+ The magic ore for Soma can now be distinguished from the usual magic ore and can’t be sold anymore.
+ Garik’s shield doesn’t lie around openly anymore, but can be found in Garik’s chest.
+ The teleport stone to Vengard can now be found in the temple of Vengard.
– Duplicate Faring_Trader_02 and Vangard_Trader_03 removed.
– Rollan and the Mystic Wanderer don’t stand inside each other anymore.
– NPC navigation in Okara improved.
– Collision at the entries of certain rooms corrected.
– Improved daily routines of the NPCs on the beach underneath Cape Dun.
– Improved Clovis’ daily routine after his return to Geldern.
– Improves Osch’s daily routine in Gotha.
– Thorus and Hanz are teachers now.
+ “Hashishin’s chest” can only opened with the fitting key.
+ Garik’s chest and his bow chest can only be opened with the fitting keys.
– Fixed all ten chests that could be looted endlessly.
+ Basket in Vengard made accessible.
– Misplaced chests in Faring and near Silden relocated.
+ Grass removed from the arena of Gotha.
– Several small fixes.

As a final gift for you we have prepared three beautiful artwork wallpapers ready for download. Here’s a preview for you: 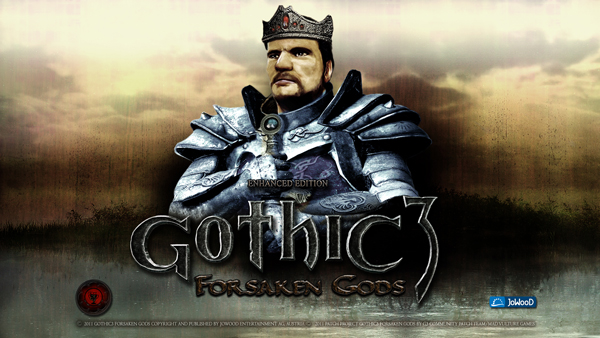 The new wallpapers are available in multiple resolutions fitting your screen:

Everythings done, get the Steam version, get the patch!

All information you need is available right here:
http://www.madvulture.de/wp/gothic-3-forsaken-gods-enhanced-edition

All work is done, everything’s ready, just a few checks are left, and some preparations to be done.
But finally, the Gothic 3 Forsaken Gods Enhanced Edition will be available to you next week!

Next to the patch version which will update all available versions of Gothic 3 Forsaken Gods to the Enhanced Edition you will also be able to buy your own copy of your Enhanced Edition via Steam. Languages supported will be English, German, French*, Italian* and Spanish*.

A new load of impressive screenshots is now available. It shows you various impressions of the Enhanced Edition.

Here are the individual shots: 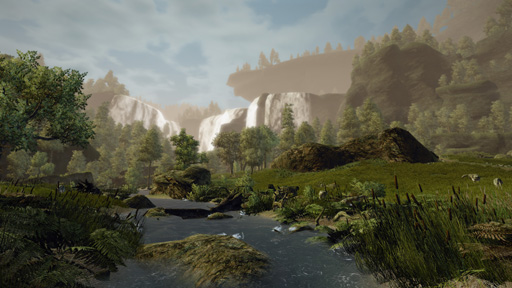 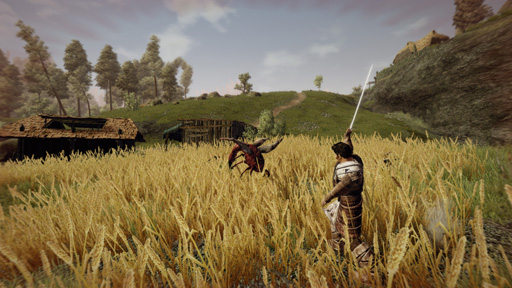 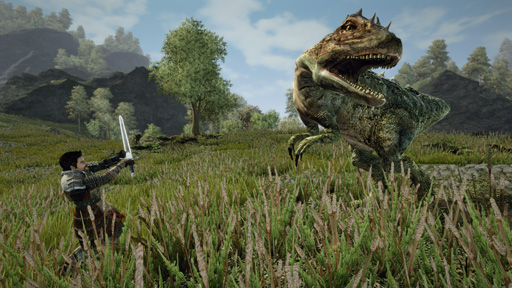 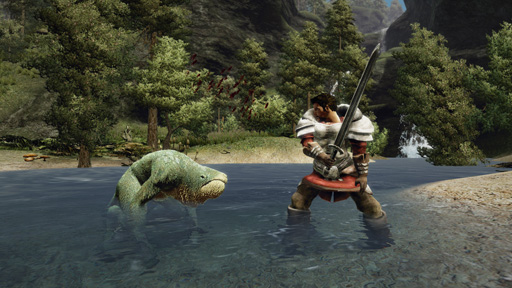 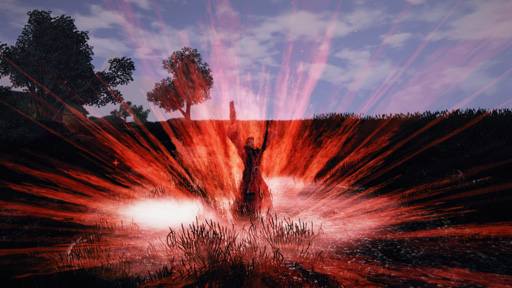 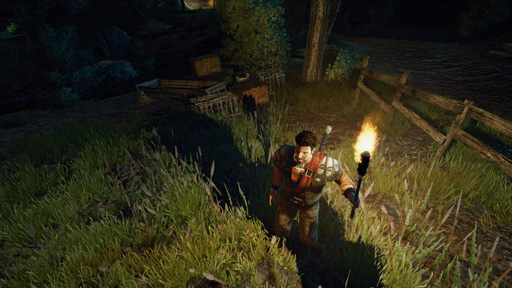 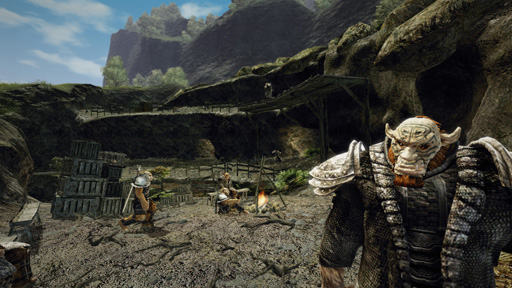 A new ingame trailer has been released!

If you want to take your part in the discussions, visit the threads in the boards:

ArthusofKD has created some beatiful wallpapers for you. The whole package is available here: 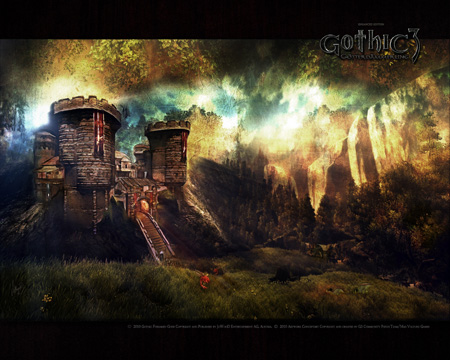 Some new screenshots are available on the boards, along with some new information on the patch. Check out the boards!

Finally we’re there, our project has been kept a secret for too long. The Gothic 3 Addon Enhanced Edition has finally been announced!

Since April we’ve been working on a patch for the Gothic 3 Addon “Forsaken Gods”. That thing is huuuge! It will be available sometime in Q4. And I’m sure it’s amazing. Keep your eyes opened!